Before digging into this interesting question, let’s specify the term. By “plastic wrapper” cigar smokers usually mean the cellophane (cello) that is used by the cigar manufacturers to wrap each cigar before putting it in a labeled box. But, in fact, cellophane is not plastic! It’s produced from cellulose, a byproduct of vegetable fibers and plant cell walls. It’s waterproof, but it’s still semi-permeable, enabling water vapor to flow in, but keeping your cigar’s cello on won’t hinder it from having the humidity it requires to remain new. Some of the derogatory comments you might have read about cellophaned cigars derive from people mistaking cellophane for plastic.

Reasons to take off the cellophane wrapper

Though cellophane does not fully prohibit humidity from touching your cigars, it does decrease the amount of humidity that does enter them. Cellophane-wrapped cigars require longer to rehydrate, which may be a factor if you’re attempting to speed up the restoration of a discarded stick. Also, cigars that have been removed from their cello sleeves can mature more quickly than those that have been wrapped in cello. Removing the cello may be right up your alley if you’re the sort of cigar enthusiast who lets cigars hang for months or years before enjoying them.

The encouragement of plume production is another gain of eliminating cellophane. Plume is another highly discussed subject in the cigar community, but it’s not as popular as the debate would imply. Plume (also known as “bloom”) is the product of naturally occurring oils and sugars in the leaf crystallizing on the surface of the cigar wrapper. Cellophane will obstruct the process externally as well as the willingness to notice it mentally if it occurs after years of age. Although this would not happen in any cigar, it will obstruct the process both physically and visually. Plume supporters argue that it’s a warning that the cigar is about to smoke.

The next advantage of cello elimination has to do with appearances. The natural leaf wrappers on the cigars look more attractive than the gleaming cellos. A bare cigar in a humidor is more welcoming than the one wrapped in the cellophane, which has a more commercial and bland appearance. It is a question of a personal matter, but no one really smokes the cello.

Last but not least, without the cello, you will fully enjoy the taste and fragrance of your cigar. Slide the cigar between your fingers and check for crackling, which could mean that it is too dry, or feel for soft or rough spots along its circumference.

Reasons to keep the cello on

Cellophane sleeves serve as a protective layer around the cigar, preventing it from being damaged, particularly on the foot. It also prevents a premium cigar from dust and debris that can reach your humidor through a variety of channels. If you’ve ever dropped a cigar that wasn’t in its sleeve on a rough surface, the wrapper is likely to have cracked or torn – this is more popular for more fragile leaves like Cameroon or Connecticut Shade. As a result, the cello is ideal for flying, as it protects the cigars from any sudden bumps, bounces, or drops.

One of the most popular justifications for holding the cigar in the cello is that it serves as an automated measure of a properly aged cigar. If you spend enough time in a cigar bar, you’ll hear the word “yellow cello.” Cigars that have been aged for a long time spill their oils and sugars to the surface, causing the cellophane to transform a distinct yellow or orange color. As holding up to the sun, you’ll see this coloring more in the corners of the cello around the head as it’s only starting to appear, or along the length of the sleeve when it’s been present for a while. When you see this impact, you can be sure that the cigar is ready to be appreciated.

If you’re a germaphobe, cellophane’s potential to protect cigars from any outside germs, viruses and bacteria.

Cellophane’s last advantage is that it builds a microclimate around the cigar. Since humidity evaporates more slowly, you can keep a cigar out of your humidor for longer periods without it drying out.

Can you do both – keep the cello on or take it off? Some smokers will cut the cellophane butt, which is then folded over part behind the cigar (it may come with UPC code). They’ll cut it down to the cigar’s foot, maintaining the cellophane’s defensive properties but still exposing the cigar to some of the humidor’s humidity level.

How long do cigars last in their original cellophane wrapper?

Your cigars can last forever if you store them in cellophane and a humidor.

If you don’t keep them in a humidor, though, the cellophane can only last about 30 days. They’ll start to dry out after that. The cello wrapping is porous, allowing air to pass through. As a result, no humidity would be sealed inside.

How long can cigars last after unpacking in your DIY plastic wrapper?

There is the situation when the cigar is already unwrapped but you don’t have time to smoke it. Can you put it in a plastic bag instead of the original cello wrapper? How long can it last in such a DIY package? Some Reddit users claim it will last about 1 hour longer than it would without any plastic or cello protection at all. But it is strongly recommended to put the plastic-wrapped cigar in a Tupperware container.

The plastic aims to protect the cigar from physical harm during transportation rather than to maintain it humidified. As some have stated, the wrapper can provide you with a few hours of security.

How to keep the cigars fresh for the longest period?

The composition of the cigar, the selectivity and consideration with which the cigar maker made the mix, and how much consideration you devote to caring for them will decide how long they last. A cigar will last anywhere between two months and twenty years.

In a humidor, the typical reasonably priced cigar will last for around five years if kept in unrestricted conditions. If you’d like a cigar that can last a long time and mature gracefully, do your homework, study the company, and see how long the cigar has been aged. You’ll still need to invest in a high-quality humidor, discover how to maintain cigars healthy by changing humidity levels, refresh your stock regularly, and understand the indications that any of your cigars have hit their height and should be consumed earlier rather than later.

To secure the fragile wrappers during delivery, producers cover their cigars in cellophane. According to certain experts, keeping cigars without cello wrapping helps them to breathe easier and mature more rapidly.

It’s a personal choice whether to have the wrapping on or off. The brittle design of cellophane causes your cigars to age properly. It may even aid in the preservation of your cigars’ humidity. If you fly with your humidor or open your humidor regularly, leaving the cello on is a smart idea. Some people like to have the cello on to prevent the exchange of flavors and aromas within a humidor. 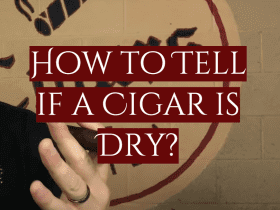 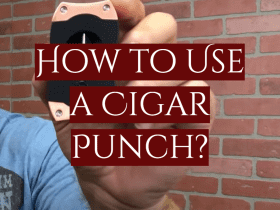 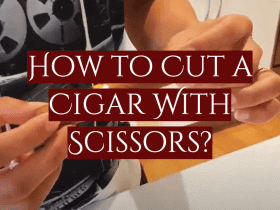 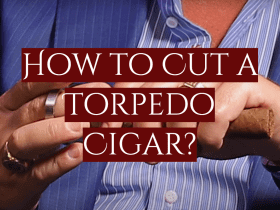