There is something noble about smoking a cigar. Long puffs and thick smoke make this experience luxurious, to say the least. But the way you extinguish a cigar is another thing to learn if you are a passionate cigar aficionado and want to look properly during the whole process of smoking. I hope this guide with a few professional tips will be helpful.

How much of a cigar to smoke before extinguishing?

Usually, a cigar must die slowly and without any help, it depends on the smoking style and the cigar’s quality. The third part of a smoked cigar is normal before dropping it off. Connoisseurs prefer to smoke to the point when the cigar burns their fingers. This is not too aesthetically pleasing, but in some countries (Spain, Cuba) it is considered a sign of professional cigar aficionado and is highly appreciated. Sometimes even a toothpick is inserted into the rest of the cigar to prevent it from burning the lips. 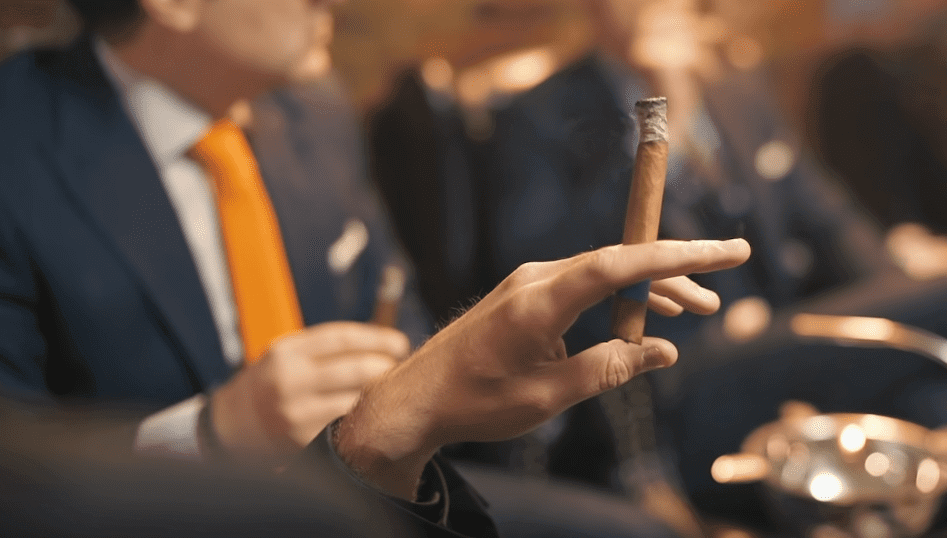 I would recommend smoking a cigar for a bit less than a half. Otherwise, it is like drinking Bordeaux from faceted glasses or diluting the malt whiskey with cola.

A cigar must die on its own – it is a basic rule you ought to remember. If you leave it in an ashtray, this is a great natural way down a cigar. In such a way, a cigar will extinguish after 2-3 minutes, since the tobacco leaves in the filling are very compressed and oxygen access is limited.

Shake off cigar ashes only when it is required – never do this after each puff. A good hand-rolled cigar can easily hold 1.1 inches of ash before it needs to be shaken off. 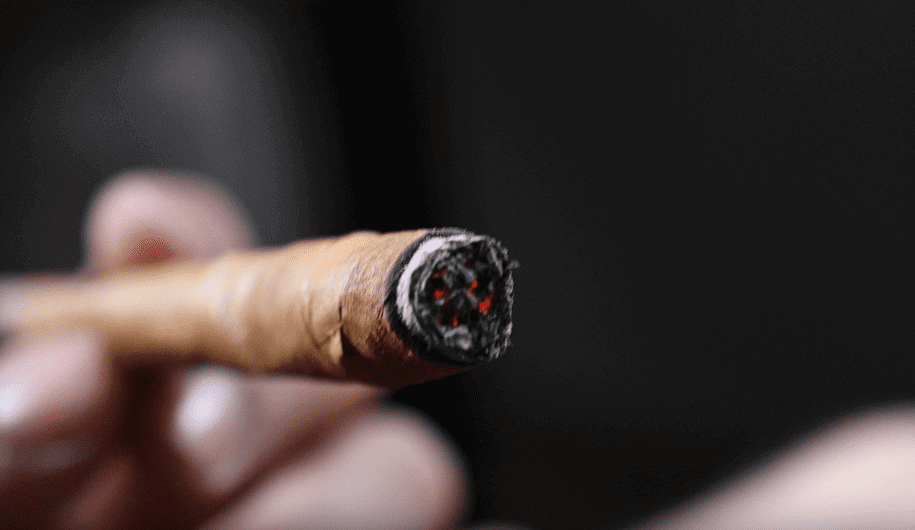 If the ash does not crumble after one or two light but hard taps, then you should not shake it off yet. Shaking off the ash with some effort can cause the brightly smoldering part to crumble along with the ash, which can lead to all sorts of problems, including extinguishing of a cigar, uneven burning, and lack of smoke and harsh taste. Let the cigar cool slightly after shaking off the ash since the above double-puff method heats the cigar a little more than usual.

The most important advice: smoke the cigar until its taste is too strong, or until it begins to burn your fingers. When you finish smoking, set the cigar aside. It will quickly go out by itself. Let it die with dignity. Do not break and gut the smoked cigar, otherwise, you can fill the room with unpleasant odors.

Ways to extinguish a cigar: FAQ

There are 2 major questions about the ways of extinguishing cigars:

1) What to do with a cigar ring when putting it out?

Before smoking a short cigar, it is better to remove the label in the form of a ring – otherwise, after cutting it will end up in your mouth. If the cigar is longer than 6 inches, it is not necessary. But in any case, remove the ring carefully – sometimes it sticks to the covering sheet.

2) What to do if the cigar has gone out before smoking a half of it?

Carefully remove the ashes from the tip. Then bring the fire to the formed cavity and hold it until the cigar is evenly smoked throughout its diameter. Only after that, slightly inhale smoke. By the way, do not relight a cigar that went out a few hours ago. Its taste for further puffs will be sour.

3) How to put out a cigar after re-smoking?

Sometimes a cigar burns unevenly – this looks ugly. This defect must be corrected. There are 2 ways to prevent this situation: whether additionally kindle the non-burning side or moist the part that burns too quickly with a wet finger.

If the cigar has gone out and you want to light it again, shake off all the ashes so that you can see the charred surface. The cigar will quickly flare up again. If you smoke with ashes, you can ruin the taste. The fact is that when the temperature drops in the ash, condensate settles in the form of moisture and aromatic substances (oils and resins), which, when lighted again, passes into the body of the cigar. Thus, firstly, the humidity level increases, destabilizing the original structure, and secondly, “frozen” aromas can change the taste.

If the cigar has been faded for more than an hour, you should not light it again: during this time, the irreversible processes took place in it, and it will not be possible to restore the original taste. 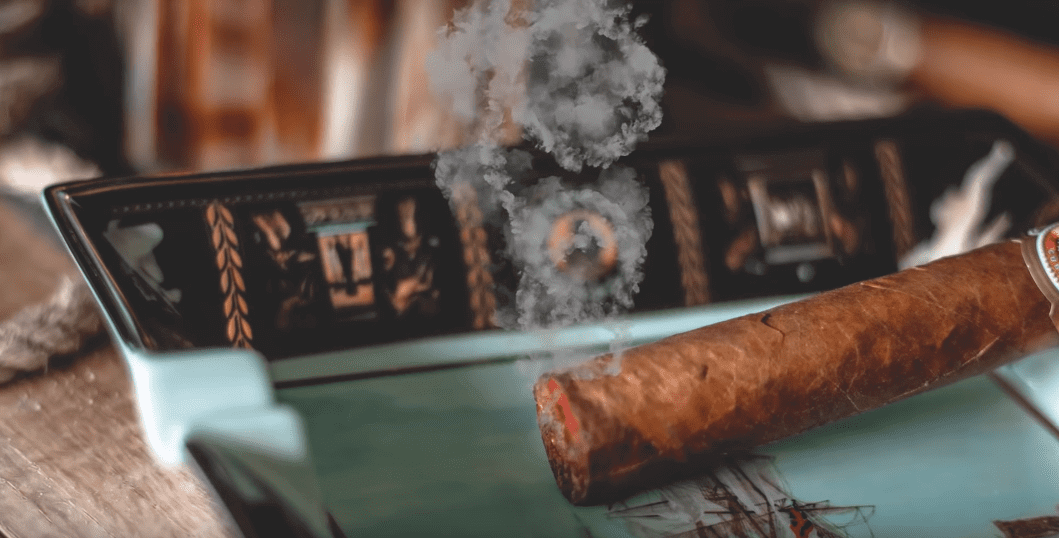 Do not reignite cigars more than twice. If the cigar has gone out, no matter for what reason, slowly light it again. Knock most of the ash off the cigar’s tip and gently blow through the cigar to get rid of excessive smoke out of the cigar. Hold the remaining ashes and partially burnt tobacco in a flame for a few seconds before inhaling. In such a way, the cigar may warm up before lighting it again, and results in less harsh taste than re-ignition without preparing.

How to put out a cigar in an ashtray?

Never knead the ash in the ashtray, you need a little effort to separate the ash from the cigar and leave it as a whole piece. Thus, if the cigar has dense ashes and it is also a sign of quality. Usually, a cigar must fade away naturally in an ashtray.

Leave in an ashtray nothing but ashes and matches. By throwing a cellophane packaging from a cigar, paper, tea bags, chewing gum into it, you will “insult” the cigar because the ashtray is the place where it “dies”. In addition, paper or cellophane may catch fire, and a cigar may go out from contact with a teabag. The cigar bow also should not be placed in the ashtray. After removing the bow, put it on the table.

Tips for novice smokers to put out cigars:

The ritual of smoking tobacco in cigars is a special kind of pleasure. Extinguish the cigar in an ashtray, but do not break it – the process of putting out cigars is easier than you’ve thought. 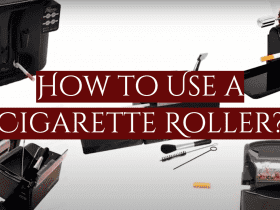 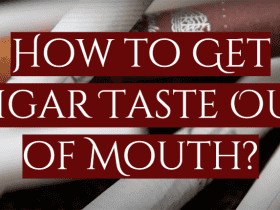 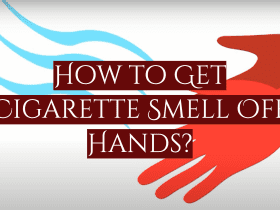 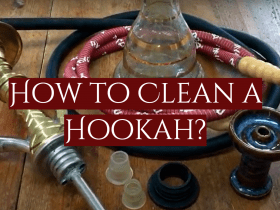