Do you want to learn how to cut a torpedo cigar? It can be a tricky process, but with the right tools and techniques, you can do it easily.

If you’re a huge Torpedo cigar fan, you’ll be pleased to learn that you aren’t the only one. Torpedo cigars are quite popular, with a devoted following that consists almost exclusively of smokers who smoke exclusively these types of cigars.

Torpedos, Belicosos, and Pyramids are just a few of the “figurado” cigar shapes that exist. Torpedoes, Belicosos, and Pyramids are some examples of Figurados, which are cigars with distinct forms and decorations from the traditional Parejo (straight sides and rounded head). We’ll look at how to get a great Torpedo cigar cut to ensure you enjoy all of its flavor and smoke pleasure.

In the following blog post, cigar experts will discuss how to cut a torpedo cigar using two different methods. Cigar experts will also provide some tips on how to make the process easier. So, if you are interested in learning more about this topic, keep reading!

What Is A Torpedo Cigar?

The name “torpedo” derives from the naval warfare weapon of the same name. Thankfully, there are few similarities between them. Torpedo cigars usually demonstrate Parejos until near the end of the cigar (from the foot to the band), when it tapers to a point. The differences between Belicosos and Torpedos are sometimes vague, allowing some enthusiasts to use the phrase interchangeably. However, Belicosos have a sharper taper and continue with the same width until the band, at which point they become smaller, blunter points [1].

Torpedo cigars first became popularized in Cuba during the 19th century.
Their popularity has grown since then, and they are now one of the most common cigar shapes. 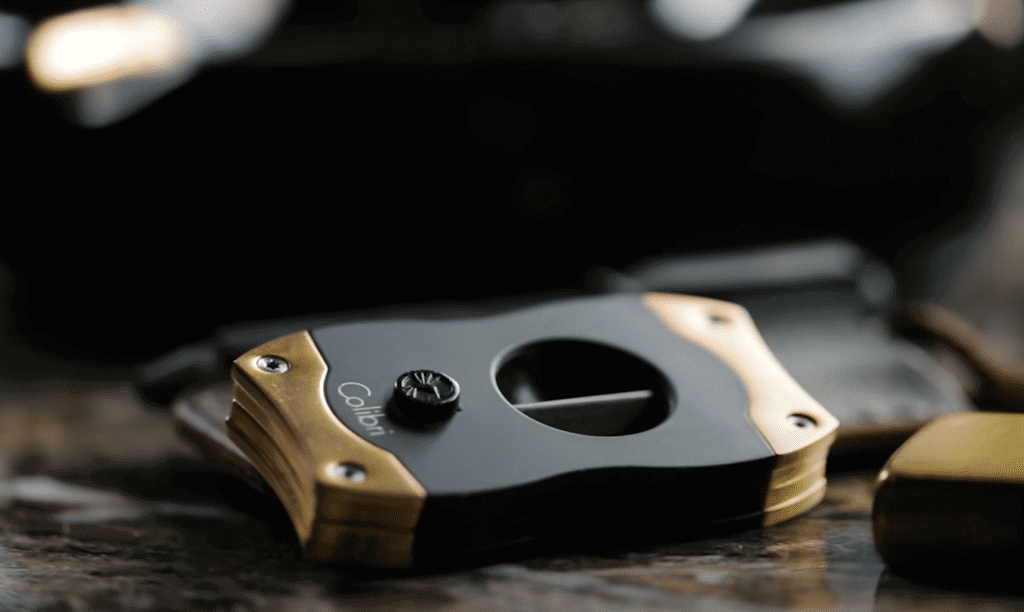 Torpedos offer a few benefits over other shapes

Are Torpedo Cigars Good For Beginners?

Torpedo cigars are a distinct sort of cigar, but they come in a variety of tastes and strengths. This makes them one of the finest cigarettes for novices as long as you stay with a lighter strength. Most experts suggest that if you’re a beginner, stick to a mild cigar since it will give you a smoother and simpler smoke [2].

If you’re a fan of full-flavored cigars, then a torpedo might not be the best shape for you. The tapering at the end of the cigar funnels all the flavor to the front, making for a very intense smoking experience. If you prefer a more mellow smoke, however, then a torpedo cigar is an excellent choice.

Methods And Tools To Cut A Torpedo Cigar

When using a straight cutter, there are two options for cutting the cigar. The first is to cut the cigar horizontally at a depth of 3mm-4mm, preserving as much of the tapered head as possible. If you cut too near to the conclusion, the draw might be restricted, but if you cut too far away from the band, it will become a standard Parejo. 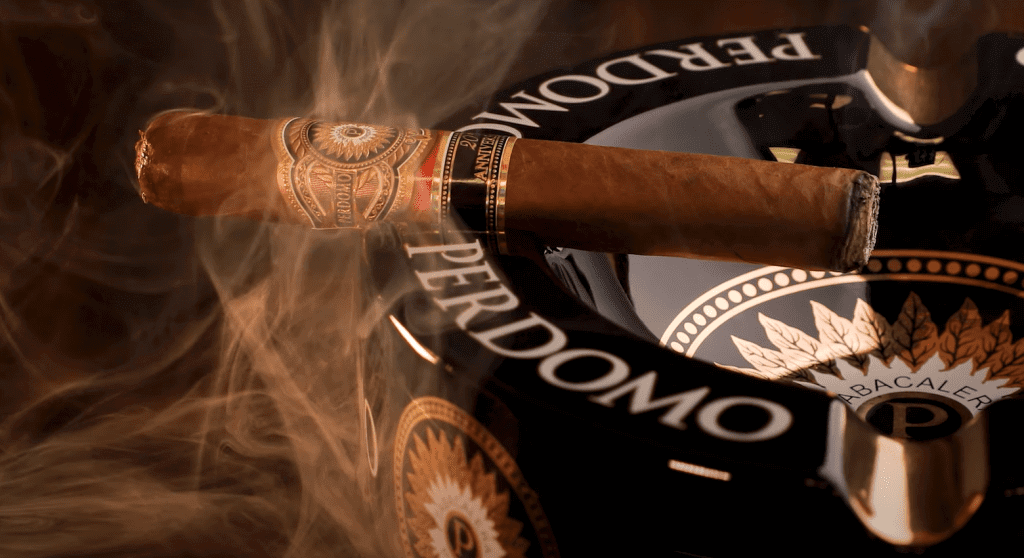 The second option is to make a small hole in the center of the head. This will also provide an excellent draw, but it’s more challenging to execute accurately.

Otherwise, you might try the angled cut. The cigar is sliced again with a straight cutter at a 45-degree angle, but this time the cutter is held at a perpendicular angle. Make sure the label is facing away from you and that the slope is down towards you. This will direct smoke towards your palette, allowing you to fully taste the cigar’s flavor.

If you have a V-cutter, you’ll be able to use it on your Torpedo. Because of the cutter’s form and shape, it’s probable that you won’t obtain a V-shape, but rather a wedge because the cigar’s diameter restricts how much cap can be cut.

When utilizing a V-cutter, most cigar experts recommend keeping the label facing away from you and cutting straight across:

A cigar with a tight draw may require more finesse on the cut, but you’ll be able to tell when it’s time to stop cutting. Start by testing the draw just a few millimeters into the cigar and work your way in; if you need to, chop deeper into the cigar to increase the flow. After all, as experts noted before, the entire purpose of a Torpedo is for its head. You’d be left with a Parejo after removing it.

A punch cutter is a small, circular cutting device that makes a small hole in the cigar’s head.
It’s ideal for individuals who want to savor the flavor of their cigars without overcutting it [4]. To use a punch cutter, simply insert the blade into the cigar’s head and twist.

The solution to this problem should be straightforward, as a few basic geometric concepts can help. But if you need further information, the cylindrical blade on a punch cutter will not drill through a Torpedo or any tapered cigar form because it is not equipped to do so. 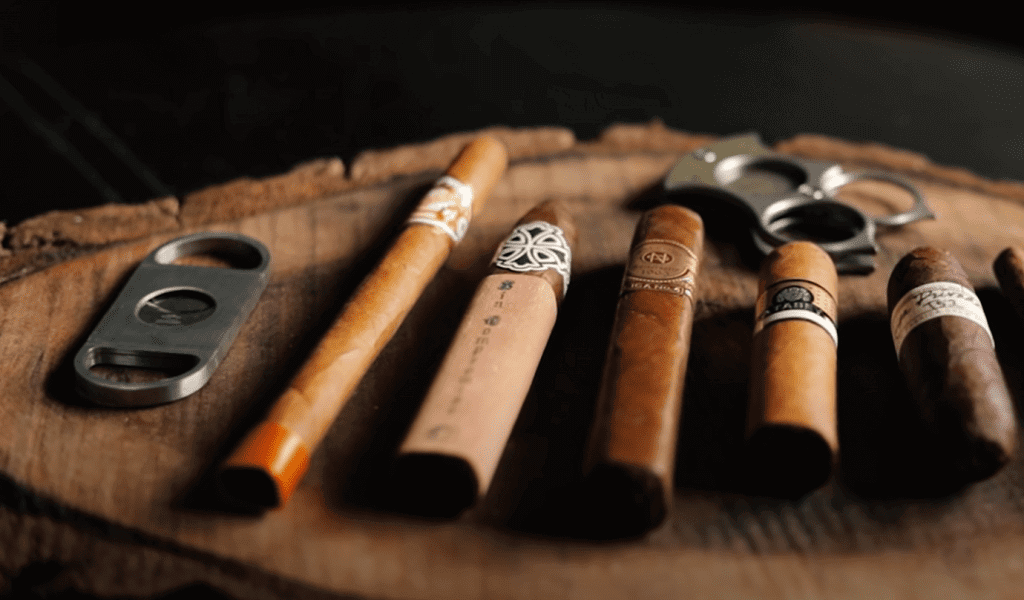 To prevent this, keep your cigar in a humidor or jar with a tight lid. If you store your cigar upright, it’s more prone to stretching out due to the humidity in the air.

Cutting A Torpedo At An Angle

Some cigar smokers, however, prefer to cut Torpedo-shaped cigars at an angle. When the cigar’s tip is inserted, angle the blade at a 35 or 45-degree angle. This technique maintains the cigar’s taper while also encouraging a somewhat larger or more open draw.

The only disadvantage is that, if the air is flowing through it, the cigar may not pull equally. If you cut your cigar at an angle and then monitor the ash to ensure that it burns evenly, there are no restrictions [5].

The Quick Way To Cut A Torpedo Cigar

Get A Straight Cigar Cutter

You can find these at any tobacconist or online retailer. Cut the cigar along the shoulder, as close to the cap as possible.

Be very careful not to cut into the body of the cigar.
If you cut too far down, you’ll ruin the cigar [6].

If you don’t have a straight cutter, you can use a sharp knife. Place the knife at the shoulder of the cigar and make a clean, straight cut. Again, be careful not to cut into the body of the cigar.

Identify The Edge Of The Cigar’s Cap

The cap is the small, round piece of tobacco that covers the head of the cigar. It’s important not to cut off too much of the cap, as this can affect the draw of the cigar.

Place the cutter or knife at the edge of the cap and make a clean cut.

Once you’ve made your cut, test the draw of the cigar. 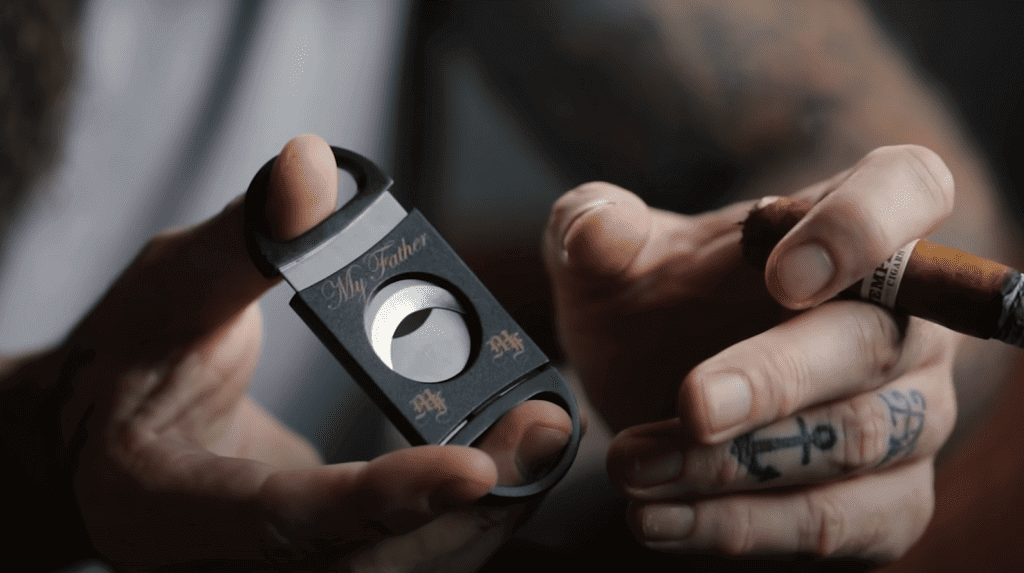 If it’s too tight, make another cut and test the draw again. Repeat this process until you’re satisfied with the draw.

What is the best way to cut a torpedo cigar?

There are a few ways to cut a torpedo cigar, but the best way is to use a sharp knife or cigar cutter.

Once you have made your cut, gently remove any loose tobacco from the head of the cigar. You can now light your cigar and enjoy!

How far do you cut a torpedo cigar?

The first step is to make a vertical cut about 3-4mm deep in the cigar, leaving enough of the tapered head intact. If you cut too near to the end, the draw may be restricted, but if you cut too far away from the band, it will become a regular Parejo. The angled cut is another option [7].

What side of a torpedo cigar do you cut?

There are two sides to each cigar: a foot and a head. The foot is the portion of the cigar that you will light, while the head is the portion that must be cut. When smoking a cigar, the head is also the side on which you’ll smoke it. 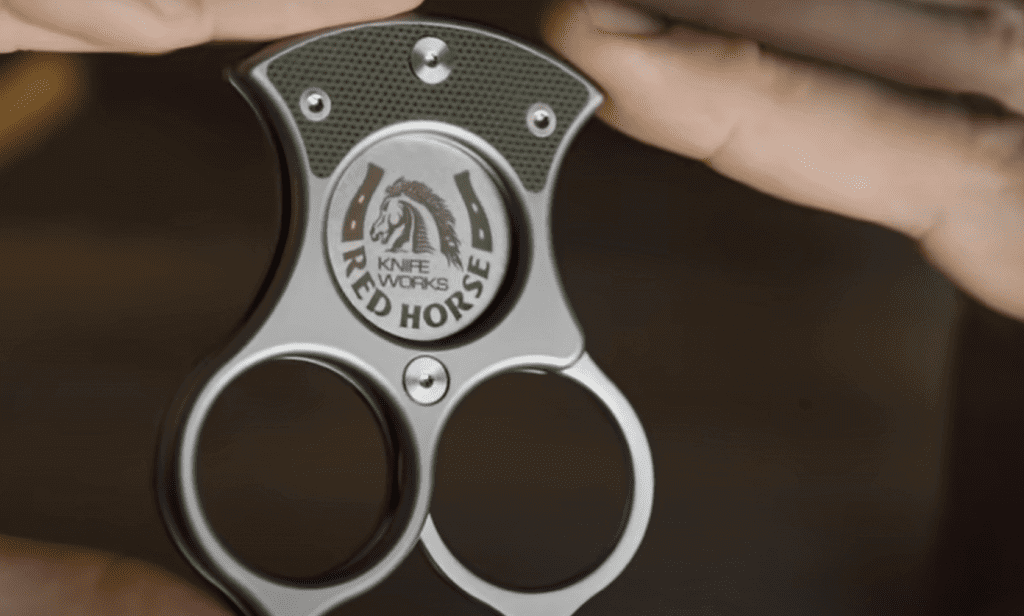 To cut the head of a torpedo cigar, you will need to make a horizontal cut across the top, just below where the taper begins. This will ensure that you have an opening large enough to draw smoke through, but not so large that the cigar falls apart.

How do you cut a torpedo cigar without a cutter?

When cutting a torpedo cigar, it is important to use a sharp cutter. A dull cutter can cause the head of the cigar to crack and unravel, which will ruin your smoking experience.

If you do not have a cutter, you can use a sharp knife or scissors. Simply make a clean, straight cut across the top of the cigar. Be careful not to cut yourself!

Can you use an AV cutter on a Torpedo cigar?

A larger difference in length is more apparent with a basic shape like a Robusto or Toro. If you prefer V-Cutting your Torpedos, we recommend using an inverted blade style, which means the cutter’s tip is reversed and does not arrive at a pointed end. Today, most V-Cutters have inverted blades.

Do you poke a hole in a cigar?

To pierce, you simply prick a small hole in the cap with a pin, wooden match, golf tee, or the like. Tars can collect around the piercing since it is so little. This is why piercing cigars has become such an uncommon practice [8].

Is it better to cut or punch a cigar?

Here’s a quick overview of how to cut a torpedo cigar:

Now, let’s take a look at how to punch a cigar:

Useful Video: The Best Way to Cut Your Cigar and Where to Cut a Torpedo