Are you a cigar aficionado? Do you have a favorite cigar that you enjoy from time to time? If so, then this blog post is for you! Here cigar experts will discuss how to taste a cigar in order to get the most enjoyment out of it. They will also include some tips and tricks on how to avoid disappointment in your next purchase. So without any further ado, let’s get started!

A traditional cigar tastes like the soil where it’s grown because it absorbs organic components from that environment. It can taste ingredients used to fertilize or cure leaves, such as molasses and vinegar. However, these vary according to the type of tobacco leaf being made into a cigar.

There are many different types of tobacco available, and each has its own distinct taste. Cigars come in a variety of tastes, such as cinnamon, rose, lavender, and leather. Some varieties offer a range of flavors from start to finish, while others have nuances of fresh individuality thanks to the type of tobacco plant utilized. 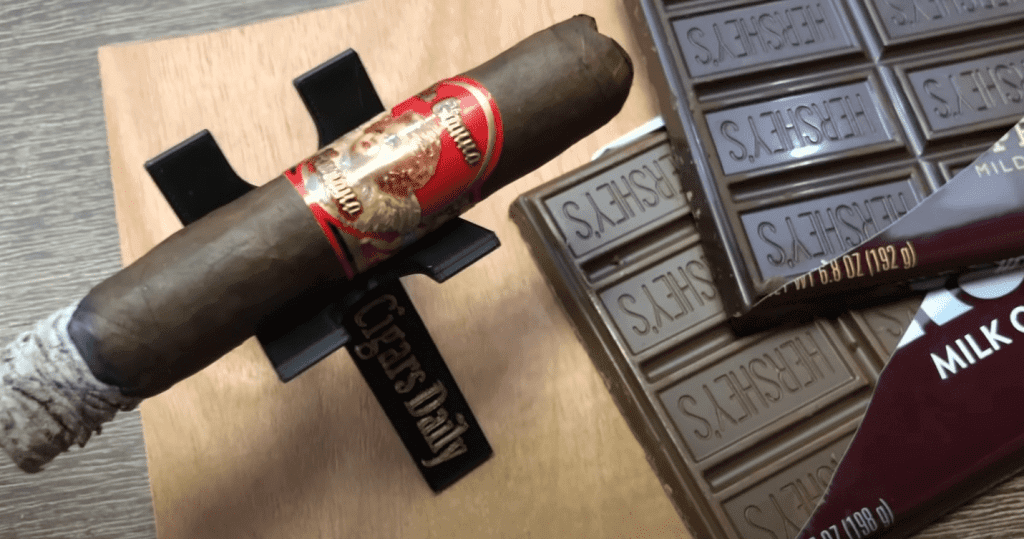 You can sense these tastes because of the tongue’s natural capacity to distinguish things like this [1]:

How to Taste a Cigar Guide

The smell is the most important part of tasting a cigar. Take in deep whiffs and exhale through your mouth so you can appreciate all its aromas. You might catch hints of chocolate or fruit, coffee beans, cedar wood, sweet spices like cloves, nutmeg, or cinnamon – or even floral notes such as rosewater.

The different types of cigars come with their own range of smells that are characteristic to them (and sometimes specific to certain countries). For example:

2) Taste It Before You Light It

Before you even light a cigar, try it by itself so that your palate is not influenced by any other factors. The best way to do this is to hold the cigar in between your thumb and index finger with an open hand—gently squeezing without giving too much pressure will allow partial airflow.

3) Sensing Flavors as You Smoke Slowly

Draw in a puff of air through the cigar and notice how it feels going down your throat. Imagine that you’re breathing smoke into your mouth, then breathe out again so more can go towards your nose. Some cigars have different flavors at various stages of smoking (e.g., during the lighting phase vs post-lighting). 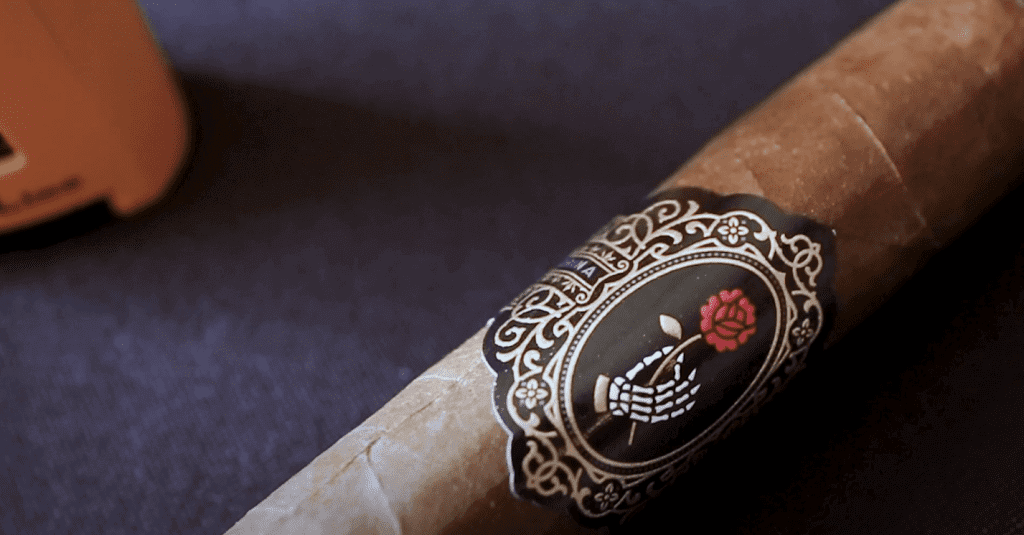 Inhale deeply from the cigar once or twice to get any initial tastes before exhaling normally so you can sense how it changes while being smoked. Draw on a few puffs until some ash forms – this will help with tasting because when there’s less nicotine in a cigar, the smoker is able to better detect flavor notes.

Consume several small puffs over two minutes or more as this allows for full oxygen exchange from mouth to lungs. This is how cigars are typically enjoyed anyway, but most people go straight into smoking them rather than tasting them first. You can also test its strength at this point: if it tastes bitter then chances are there’s nicotine content which means you should smoke slower!

You’ll need a good combination of wind and humidity when trying out a cigar for the first time. This is because humidity levels affect its mechanics and wind affects how you taste it – both need to be optimized so that they complement each other.

The cigar will gradually slip into a kind of “finish” and this is what you should be judged on. This final taste is the one that will remain in your mouth long after you’ve finished it.

Some cigars are not pleasant to finish at all – especially if they’re cheap or have been stored badly! The best way to test whether others would enjoy smoking them too then look for burning leaves when tasting, which indicates flavor inconsistency or an unpleasant smoke overall (bitter).

You can also check out how much ash builds up over time as this indicates both fermentation levels and tobacco quality. If there’s very little left before reaching halfway through, chances are the cigar has already gone stale – in other words, it isn’t too good!

Retrohaling, or just “throwing” the smoke back into your mouth and then breathing out through your nose is a very important part of tasting cigars. It will help you understand what flavors are present in the cigar by allowing certain aromas to come forward while others recede. You should try to retro-inhale as many cigars as possible unless it absolutely burns your throat (especially with stronger tobacco) or makes you nauseous.

For example, many people claim that they don’t like Maduro (Maduro is a dark type of wrapper) cigars because all they can taste when smoking them is tar or burnt coffee. However, most Maduros have strong earthy notes on their retrohale that go unnoticed if not properly perceived through retro-inhalation.

It makes sense then for everyone who wants to truly appreciate cigars to learn how to use this technique effectively. This may be difficult at first but with some practice, you will learn to appreciate the full range of flavors in each cigar [3].

Please note that retrohaling can be difficult with some cigars because it pushes too much smoke into your nasal cavity and lungs which makes it tough for you to keep down what has been swallowed (if any) or not drink anything at all. Therefore, when tasting a new cigar is important to stay hydrated by drinking water until you know whether this particular cigar is going to cause problems or not. That’s why having something like iced tea may also help even if the beverage is very hot.

However, do remember that mixing alcohol with smoking should always be avoided unless necessary since both affect your judgment significantly!

What is the taste of cigars?

A cigar can have a very complex flavor. The taste of the cigar is determined by many factors, including:

The curing process determines strength as well as the color not only in wrapper leaves but also in binder and filler which affect burning characteristics, draw resistance, the number of puffs needed per ounce smoked, etc. Cigars that have been allowed a longer time become darker in color while those cured quickly remain light-colored. That’s why you’ll see in shops cigars sorted by color, with the darkest being at the top of the stack.

What is the best tasting cigar?

There is no such thing as the best tasting cigar because each person has different tastes and preferences. Cigars can be found in a variety of flavors, including sweet, spicy, dry, or earthy. The type of flavor one prefers will depend on their taste buds and whether they enjoy that specific flavor profile. For example, someone who enjoys sweeter cigars might lean towards an Acid Kuba Kuba while another may prefer La Flor Dominicana Double Ligero Chisel Maduro, which features more spice than sweetness. There are many other brands to choose from so it’s important to know what you like before committing to any certain brand.

Can you taste cigar smoke?

Yes, you can taste cigar smoke. In fact, all cigars have a unique flavor that is determined mostly by the type of tobacco used to make them and where it was grown.

Many cigar lovers enjoy tasting cigars because it gives them a chance to experience the specific characteristics of each type of tobacco used.

The flavor, also known as aroma or “nose” is characterized by how much it stimulates your taste buds and sense of smell. This can be done with any cigar but you will want one that has not been lit yet so the flavors are at their best without being masked by fire.

Bad cigars taste like paper, dirt, and chemicals. They can also have hints of chlorine or ammonia if they’re very young, which is not good at all. It’s the result of fresh tobacco fermenting while it ages in a too-warm warehouse. If you come across these flavors while tasting one of your cigars, put it down immediately! Never smoke something that tastes bad – there might be something horribly wrong with it.

Well, it depends. Every cigar has a different blend of leaves and flavors in them that is why some people enjoy one type while others don’t like that same cigar at all! It also helps to know what you are tasting when smoking cigars because certain notes can be overwhelming or very pleasant. It just takes practice and time to find out how much the flavor affects your taste buds.

Cuban cigars, without a doubt. They’re smooth because they are rolled with the most expensive tobacco in the world and made an art form since the 1600s when Cuban natives were first introduced to tobacco products by explorers who arrived on their island home from Spain. The climate of Cuba is perfectly suited for growing rich, flavorful tobaccos that cannot be found anywhere else on Earth [4].

What is the mildest Cuban cigar?

One of the mildest Cuban cigars would be the Montecristo [5]. A great way to start smoking cigars especially for beginners since it has all of the flavors you will need to get started. It’s also an incredible price!

What is the strongest Cuban cigar?

One of the strongest Cuban cigars would be the Cohiba Maduro. This is a dark and spicy smoke that will get you feeling good fast! They are best after a meal or late at night when you want to unwind from your busy day [6].

Are Cuban cigars good for beginners?

Yes. Cuban cigars are good for beginners because some of them are mild and easy to smoke, but still complex enough in flavor that you can learn a lot from them and develop your palate.

Do you inhale cigars?

If so, you should stop unless it is retrohaling. Cigars are meant to be savored and enjoyed with each draw. The flavors will come out better if you don’t choke the cigar down your throat.

If the cigar has a sweet aroma then there are generally sugars in that cigar which can be either fermenting or baking sugar (or both). If the cigar has more earthy tones with leather and wood undertones then generally these cigars will have been aged for at least two years. Aged tobacco changes color as well as flavor over time and loses its acidic qualities giving way to smoothness.

What cigar should you try first?

Besides Cuban brands, Dominican Cigars are very popular in the industry. They have a good amount of flavor and smoke to them, while still being mild enough for beginners. Brands like Punch, Bauza, Juan Lopez, or Cuaba [7] are great cigars that’ll give you an idea of what it tastes like when Cuban tobacco is aged in Dominican soil.

Is Cohiba a strong cigar?

For a beginner, this Cohiba brand is most likely what any new cigar smoker knows and wants to try first. Not always recommended for a novice, the brand is generally medium to full in flavor [8].

These cigars are well-made and have a great draw. Cohiba is one of Cuba’s best brands, but experts would recommend it as an” after-dinner cigar” for those who can handle their strength. It has earthy flavors that will leave you feeling satisfied.