Pipe tobacco is a type of smokeless tobacco that is known for its high nicotine content. It can be purchased in bulk and then stored for later use, but it will still dry out over time. When this happens, it becomes difficult to enjoy your tobacco pipe without having to deal with the harshness of dried-out tobacco. The good news is that rehydrating your pipe tobacco only takes a few minutes!

Why Dry Tobacco is Not Ideal: The Facts & Production Process

Pipe tobacco should have a moisture content of between 18 percent and 22 percent. That implies that if you weigh a sample of tobacco, bake all of the moisture out, then reweigh it, the finished product will be 18 percent to 22 percent lighter than before [1].

To put this another way, if you weigh a pipe tobacco sample before you smoke it and again after drying it for 24 hours in an oven set at no more than 110F, the weight will be roughly one fifth of what it was previously. For example, if you had 100 grams of moist tobacco before smoking (and therefore after drying) then after smoking that amount would only be 20 grams.

When buying new loose blends or tins from your local tobacconist they should have approximately 18 percent water content by volume according to some manufacturers. This is why most people choose to let their newly bought blend sit open on their counter so air can reach all parts of the product itself that speeds up its rehydration process.

How to Maintain Moisture Levels?

The best way to maintain these moisture levels is to store your pipe tobacco in a humidor. If you’re not able to do this then it’s important that you make sure they are stored somewhere cool and dry like on an open bookshelf or even under the bed (this might sound odd but there are some people who swear by this method).

You can also use regular cigar humidifiers that work great for maintaining humidity at 70% whereas testing kits will help keep track of both temperature and humidity so you don’t have too much going out of whack while trying to enjoy one of these products. 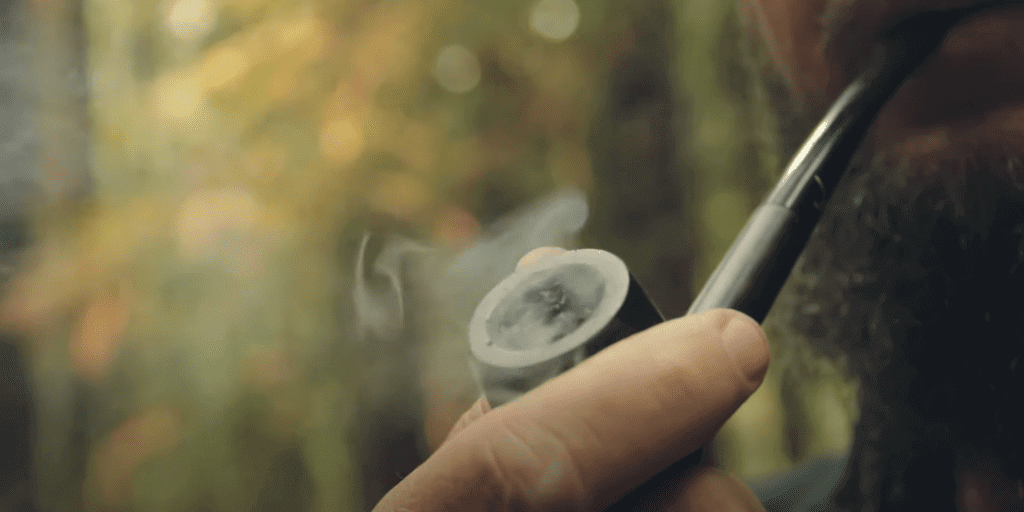 Another option if you want something more stylish would be a glass jar with a sealable lid where you’ll add either mineral water, propylene glycol, or distilled water. A small piece of cotton wool will do the trick in absorbing excess moisture and then you’ll want to open your jar every couple of days for a few hours at a time to let that moist air escape into the environment.

How To Rehydrate Pipe Tobacco Guide

An easy method of rehydrating pipe tobacco that’s been dried out too much is by adding some apple slices or an apple pie filling into the jar with it. You can also use canned peaches, pears, cherries (especially cherry pie filling), peach jam/preserves, pineapple preserves, pear preserves, and more like this well:

Moistening with a Damp Product

Another method of rehydrating your pipe tobacco that has been dried out too much is by adding a damp product to it. People sometimes choose this way because they want the flavor and aroma of the specific foodstuff without actually having to add any kind of fruit or preserves into their jar with it. Instead, you could use:

Tips for users: always pour in one teaspoon per ounce of tobacco and seal up for 48 hours before opening again at room temperature until two weeks later when you’ll be able to smoke your favorite blend once more.

In order to rehydrate your pipe tobacco using this technique, all you have to do is:

If you’re wondering how to properly store your herbs then Tupperware is definitely one of the best choices. A good alternative would be any kind of plastic container that has an airtight seal-type lid on it with a rubber ring built into it for creating tightness. Do not use glass jars because moisture will accumulate over time that could cause your storage place or jar’s lid itself to rust and ruin everything inside! 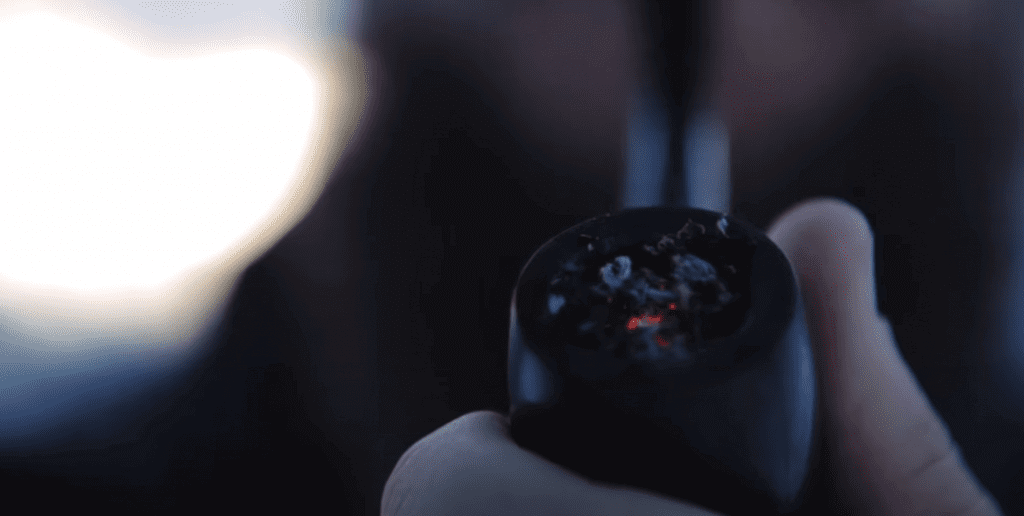 Plastic containers also help keep things fresh while preventing outside odors from infiltrating at all, especially if they have those lids mentioned above as well as foam padding underneath them too (for extra protection).

To prevent mildew and mold just make sure there are no holes in these types of tubs/containers before the first time you use them for storage purposes.

When it comes to storing tobacco in a mason jar, the best choices would be either wide-mouthed or regular jars with glass lids for this purpose. You can also use any kind of plastic lid but make sure that there are no holes in them at all before using!

The reason why you should never store your dried, cured pipe tobacco inside Tupperware or Mason jar is that over time moisture will accumulate and break down its taste/flavor which means that within just one year’s time you could end up smoking something utterly disgusting instead. Instead, if stored correctly then each smoked bowl could last for about 2 years on average although many people choose to smoke their stash even faster than that anyway – especially when they are enjoying every puff too much to resist!

To prevent mold and mildew, place a tablespoon of either salt or baking soda in the bottom of your container (glass jar, plastic tub). Then add in the dried-out tobacco on top before sealing that lid tightly.

What is a pipe tobacco profile?

A pipe tobacco profile is basically a list of all the different tobaccos used in order to make up that blend.

The term “profile” refers to the flavor, cut, and overall experience one can expect from smoking it – i.e., how much nicotine will be provided along with what kind of body/mouthfeel (which includes moisture) just as an example too!

There are many kinds but the most popular ones include English blends that contain Latakia leaves for smokiness while Oriental Blends have Turkish leaves instead plus Perique for spiciness. Virginia-based aromatics typically have bright yellow or orange ribbons mixed in with black Cavendish near the end before packing them into your favorite bowl [3].

Do you need to humidify pipe tobacco?

Yes, you should always keep your dried-out tobacco inside a humidor in order to prevent mold and mildew from damaging it. This also applies if you plan to store pipe tobacco for an extended period as well – perhaps even up to 6 months or so depending on the type!

A small amount (about 15-20%) of distilled water placed into a mason jar with the leaves is enough to give them just enough humidity without overdoing it either which can result in clumping/mushiness that won’t burn properly. If too much moisture causes those leaves to become slimy then remove them immediately before they make any contact because this will ruin everything else inside instead!

The tobacco absorbs flavors easily, especially when smoked later on, which is why you should never store it inside a container that used to contain anything else unless all traces of that previous smell are gone now. The reason for this is because the taste/smell will mix with whatever tobacco you put into there and ruin its original flavor instead.

Finally, if your jar smells like vinegar then moisture has gotten in (check seals) while mold would indicate too much humidity – either way, toss it right away!

Can pipe tobacco get too dry?

When tobacco is overly dry, the oils and flavor compounds in it can break down [4]. It’s simple to tell if tobacco is too dry because it disintegrates on contact and crumbles to dust, but if it’s overly wet, you may mold it into a ball without crumbling.

Should you keep tobacco in the fridge?

In a refrigerator, loose tobacco pouches can be kept. Keep in mind that even without any refrigeration, they will last for months. Unless it becomes wet, tobacco does not spoil. It is usually a personal choice whether or not to refrigerate tobacco items [5].

Does pipe tobacco get better with age?

Not really. Pipe tobacco is best when it’s fresh, and the flavors are at their peak. While some people will argue that aging changes pipe tobacco in ways that improve its flavor, most experts agree that this belief is a myth.

Tobacco leaves contain sugars that can ferment over time producing acids (which affect the taste) while heat speeds up these reactions too so storing them in extreme temperatures like direct sunlight or inside of your car for example should be avoided to keep the leaf from becoming stale instead.

How do you dry and cure tobacco at home?

There are a number of ways to dry and cure tobacco at home. One way is by hanging the leaves in a dark, well-ventilated room with low humidity for about two weeks until they become crispy.

Another way is placing them inside an oven set between 200F and 250F until it becomes crisp which usually takes about 30 minutes maximum depending on how much you have too! Make sure that your dried-out pipe tobacco has been completely cooled down before opening up any container or cellophane wrapper because this will allow oxygen into your jar/bag again making everything damp once more instead.

Finally, if all else fails then light microwaving can get rid of excess moisture but make sure not to use high levels as this can scorch the leaves and ruin them in a hurry instead.

If you have any leftover tobacco from your last smoke then it’s advised to keep that jar closed tightly so no air gets in because this will allow the flavors/aromas to stay preserved longer when keeping them inside of an empty mason or jam jar.

Although the danger of dying from tobacco-related illnesses is lower for pipe smokers than for cigarette smokers, pipe smoking is just as harmful as, and perhaps more so than, cigar smoking [6].

Useful Video: Rehydrating Your Pipe Tobacco Like a Boss